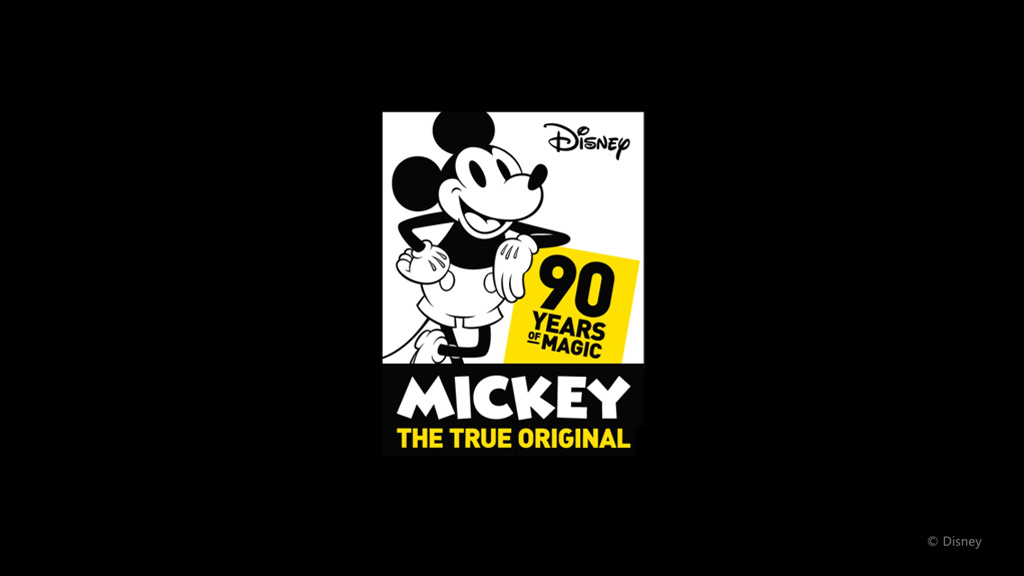 ABC had just launched the latest in their series of spots for Nixon watches, this one celebrating the 90th anniversary of Mickey Mouse. It proved to be no easy task, as the team did not have the rights to use the character himself.

Since the watch features the familiar and iconic use of Mickey’s hands, the creative team came up with a point-of-view commercial that would feature the characters hands, only giving a glimpse of his true identity. Here’s a look at the final piece.

It’s a very fun project that is reminiscent of old cartoons, and I wanted to learn more about it’s creation. I reached out once again to Barton Damer to learn more. Here’s what I learned.

Michael Maher: This is a rather unique project, and I really dig the concept a lot. How did you overcome the obstacle of not being able to use the character?

Barton Damer: For legal reasons and licensing, Mickey could be used on the design of the Nixon watch, but Mickey could not be seen in the advertising of the product.

We decided to push that request a bit to see if we could get away with showing a POV where the hands (and feet) would play a big role in the spot. 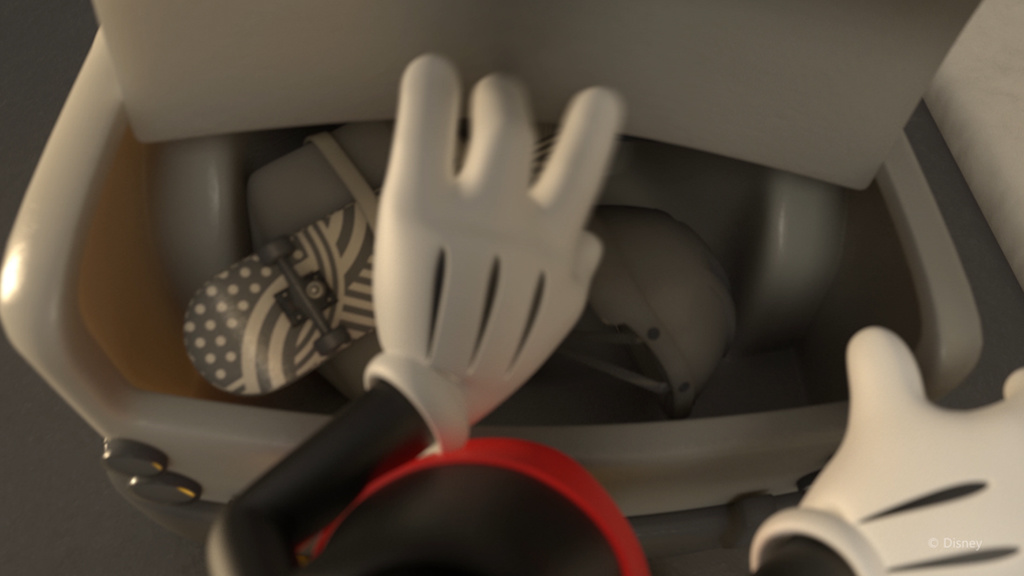 MM: What lead to the idea of a POV piece, and how did Disney respond to the concept?

BD: The POV seemed like a natural solution. We already see the rise of VR content in advertising, and for this piece, it technically wasn’t showing Mickey. So it was a great workaround.

Disney’s feedback was great! They were thrilled with the POV concept and even suggested that they had never been presented something like that before. Who knows if that’s a hundred percent true, maybe at some previous time within Disney there’s been plenty of POV concepts, but regardless, our client, Nixon, and the Disney licensing team were pumped on the idea. They gave us the green light to do the POV, as well as show Mickey in the shadows. 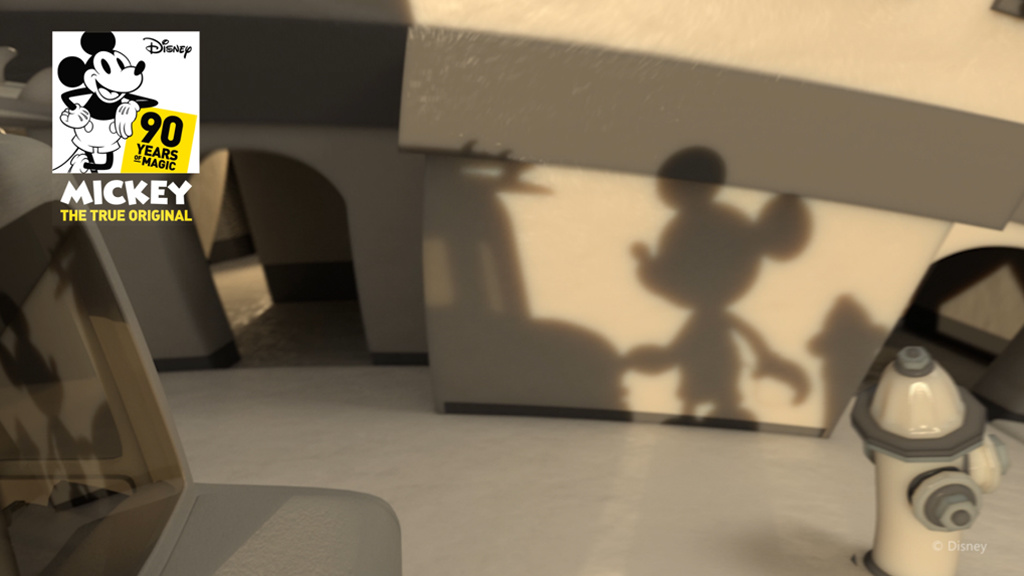 MM: How did you develop the world surrounding Mickey? I love the dancing buildings, very reminiscent of classic cartoons. How did you go about creating and animating this spot?

BD: The spot was inspired by a few things. We wanted to make sure Mickey had a modern vibe to him but also stay true to both the Disney and Nixon brand. So the idea of the old original black and white / sepia toned Mickey cartoons was the first inspiration. 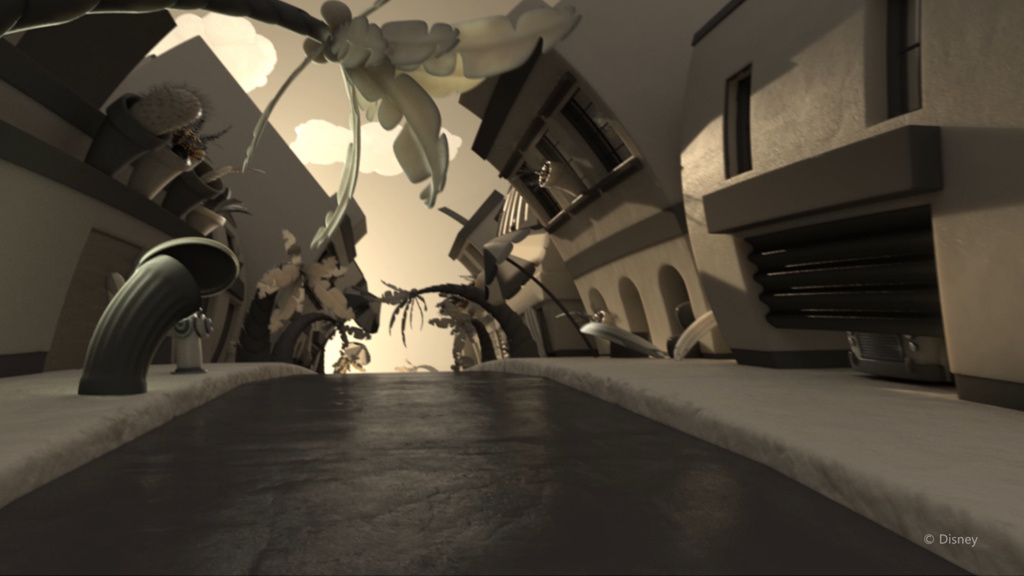 We also love what KAWS has done with Mickey-inspired characters by translating them into 3D resin statues. We felt we could pull of something like that, rather than trying to do cell animation. It would give the spot a more modern photo-realistic 3D vibe.

Last, the dancing buildings were inspired by Jay Z’s OJ Simpson video. We loved the vibe of it, and wanted to imagine what the POV of that main character would look like in a 3D resin environment.

MM: What tools were used to create and render this project?

MM: Iconic characters, like Mickey, come with many specific animation rules. For example, I know that both of his ears must always be visible and the same distance apart. What are other big challenges of working with a legendary character like this?

BD: I think we were able to get away with a lot since it was just POV. I imagine it would’ve been really challenging getting signed of on full body/face, etc. We were a bit nervous about getting approvals on character animation from Disney. We’ve done character animation in-house for much smaller roles but didn’t want to risk it on this one. We reached out to Christopher Watson to rig and animate Mickey. He did amazing. Disney approved the character animation on the first try!

MM: Did you reference any particular Disney material to come up with any of the sets or movements?

BD: We did! We found an old plastic Steamboat Willie toy of Mickey on a boat. The entire thing was resin so we kept all of our scenes that way. Everything was Subsurface materials – which would normally be a nightmare to clear up but Redshift renders SSS super fast!

MM: And what about the music? Where did that track come from?

BD: We worked with a friend of mine, DJ Sean P, to create a custom hip hop track for the spot.

MM: Awesome. This was a wonderfully executed piece. Send my praises to the whole team!