Let’s answer some frequently asked questions and talk about the changes coming to Arnold.

What is Arnold and Arnold GPU?

It was co-developed by Solid Angle and Sony Pictures Imageworks, where it was used on films like Cloudy with a Chance of Meatballs, Gravity, The Avengers, and Pacific Rim. (You can see how Greyscalegorilla tools were used in the Pacific Rim main-on-end titles and in Tony Stark’s Avengers HUD.)

In 2016, Solid Angle was purchased by Autodesk and his since become the company’s standard render engine. Arnold is currently a CPU renderer available on Windows, Linux, and macOS machines. Autodesk just announced the public beta release of Arnold GPU in March 2019. The GPU version will only work with NVIDIA cards.

Same as the current CPU version of Arnold. It supports Autodesk programs Maya and 3ds Max, and is also available for Cinema 4D, Houdini, and Katana.

Yes and No. Technically it’s the same engine, just different implementations. The ultimate goal is build a 1:1 render engine that can render either on CPU or GPU. As the GPU version is still in beta mode, many features have not yet been ported over.

Ideally once fully released, you will be able to seamlessly switch between CPU and GPU based on the type of machine you are working on, and what type of render farm you will be using.

Here is a comparison of Arnold CPU vs GPU we made. Can you tell the difference? Click to enlarge. 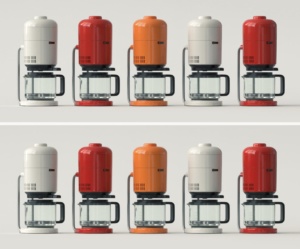 CPU is on top, GPU is on bottom.

Is it easy to switch from Arnold CPU to GPU?

Yes, it’s literally a dropdown selection in the render settings.

Though you need to note that in the beta, not all features are available. You’ll see many grayed out menus in the meantime.

What features are currently available in Arnold GPU?

Chad Ashley has served as a beta tester for the past year, and he and fellow beta tester Shawn Astrom share some insight in this video. Here is what you can expect to see in this beta release, and some notes on where the development is heading.

Is Arnold GPU faster than Redshift or Octane?

It’s very difficult to compare. In certain cases yes, and in other cases no. It really depends on the type of work you do.

We recommend downloading a trial of Arnold GPU to see if it works faster in your workflow. Share you results in the comments below!

Yes, and you will also have the option to select how many GPUs you want to use.

Does Arnold GPU work with any NVIDIA cards?

It do believe it’s on the road map to make it compatible with external GPUs, but it’s unknown at this current time.

Will Arnold GPU work on a Mac?

No. Arnold GPU is built for NVIDIA cards, which Apple does not support.

Arnold CPU however is available for Mac users now.

Does it work with AMD?

No. Once again only the NVIDIA cards mentioned above.

The final release has yet to be determined, but the public beta is available now.

How much does Arnold cost?

Can I try Arnold GPU before I buy?

Yes. Arnold offers a free 30-day trial to new users, which includes both the CPU and GPU versions. Current Arnold users can also download Arnold GPU for free with their existing license.

Interested in what Arnold GPU looks like? It shouldn’t be too unfamiliar to existing Arnold users. Here’s a quick walkthrough and some first impressions from Chad Ashley.

Do Greyscalegorilla plugins work with Arnold?

Does Greyscalegorilla have any Arnold tutorials?

You know it! We have several Cinema 4D Arnold (c4dtoa) tutorials available now, plus a walk through of Arnold GPU. Here’s a look at one of the latest Arnold tutorials.