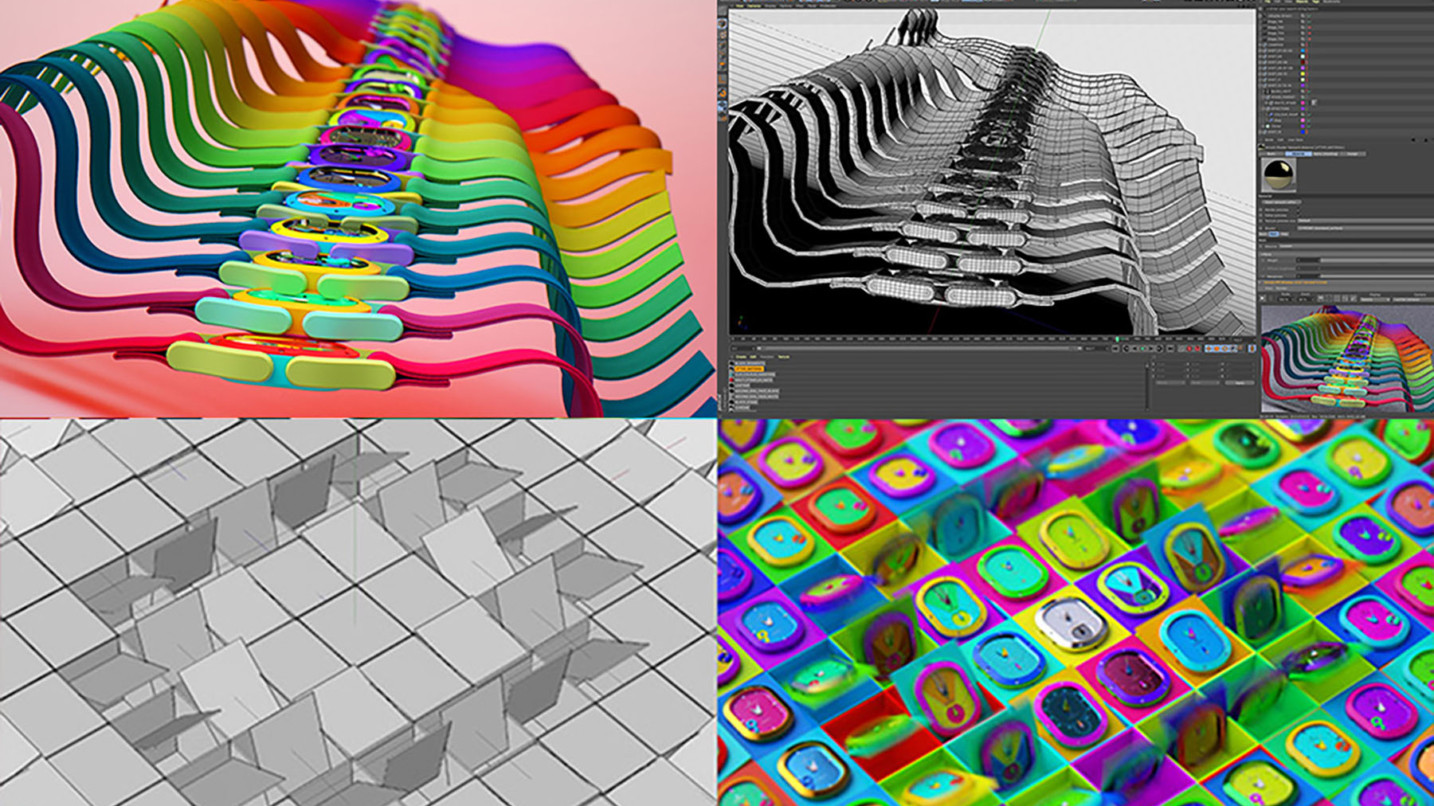 Meleah Maynard: Did you intend to be a motion designer, or did you start out on a different path?

Paul Clements: Professionally I have always worked in motion design, however I studied many artistic disciplines before specializing and getting a bachelor’s degree in graphic design.

I was in art college when the film, The Matrix, came out and I remember them showing a clip and telling us how graphic design can lead to working on films and doing design for broadcast. The idea of making things move was really exciting, so I decided I wanted to be a motion designer very quickly.

My university degree was more focused on how to come up with ideas to solve design problems rather than teaching motion design software. They taught us a lot about visual culture and alongside that, I would teach myself motion design tools like After Effects. Continuing to develop your skills and move forward is a huge part of working in this industry, and that has never stopped for me.

I feel like everything I do is part of a constant learning process. In 2005, I started learning how to use Cinema 4D and two years later I went freelance.

MM: Is that when you started your studio?

PC: No, I started the studio in 2012. Before that I worked solo, but over time the projects became too challenging for a single person. So I opened the studio, which allows me to bring in extra help when I need to.

Before I went freelance I did a couple of years in a London studio making mainly music commercials. Working in various shops in London was great because I developed a lot of good relationships with designers whom I can contact when I need to put together a team.

MM: Wolkov chose you because they like your work. How would you describe your style?

PC: I don’t feel like I really have a style. But obviously I do, so I’ll say that I’m sort of known for doing product films that are transforming in some way. I love creating realistic-looking objects or scenes and treating them in a creative way. A lot of my work starts as hand-drawn sketches, which seems to give my visuals a very art-directed feel as they originate from a place that is not inside a computer.

I’m also really interested in photography and how light behaves, especially as it passes through lenses. This is always on my mind when it comes to finalizing my work. I will often add subtle imperfections and aberrations to take away the coldness of the CGI. Atmospheric passes or the combination of live-action smoke, sometimes at barely visible opacities, can really help to create a natural feel.

MM: What did Wolkov ask you to do, and did that change over time?

PC: Mainly, they just wanted me to find ways to show the features of their new watch, which is very versatile and fresh in a way they think will appeal to a male audience, particularly collectors of limited editions. The watch comes in several finishes and there are a lot of strap combinations.

The design is unique because there’s a clip system that lets you flip between faces on the double-sided watch body. One side is white and the other is black, and I liked the duality of that and thought it was a nice visual theme to build out.

They really liked the idea, but later down the line they decided they wanted to show the whole range of colors they were introducing for the straps, since they had plans to do those too. There’s a whole line of different-colored watch faces also.

That became quite a technical challenge because the watch was a high-polygon model that was very detailed. To keep things from becoming too slow, I used R20’s Multi-Instance mode in MoGraph in conjunction with Arnold Scene Source.

This was great because I could give loads of variation to the colors and still use the super high-polygon products in the scene.

I used Cinema 4D’s Take System to keep everything organized. Take allowed me to put everything into just one C4D scene, all of the shots and all of the passes, which was brilliant from a workflow perspective.

This was such a quick turnaround; I couldn’t afford to be slowed down. The Take System is awesome and really is something you don’t know you need until you start using it.

Artful scenes and seamless camera moves give viewers a close-up look at the watch’s clip system and other features.

By exporting the high-poly watch models as Arnold Scene Source, Clements’ MoGraph clones could reference an external file. Because the geo was loaded at render time, the scene remained extremely light and easy to work with.

MM: Describe how your process of working on something usually goes.

PC: It depends on the job, but typically I will start by drawing out rough ideas on a sketchpad. Next, I develop style frames and a storyboard so that when I jump onto the kit, I have something to aim for. Usually I have an idea of how I’ll tackle certain shots, but during the R&D process, I often find a way of creating something that I didn’t expect.

I have a very iterative approach, in that I create shots over and over many times, improving them with each iteration. It’s not uncommon for me to make shots 20 or 30 times. I find that re-making something from scratch yields much better results than endlessly tweaking what I’ve already made.

So, I look at a shot, decide how it can be improved, and then attempt to make a better version very quickly. If the new version can be improved further, I scrap it and start again. I’m quite ruthless in scrapping stuff that isn’t really working. This process is very effective, and clients like it because they can easily stay updated on how things are progressing.

A lot of motion designers find it hard to work in this way because they can’t bear the thought of remaking something that they have spent time on. They feel that it’s a waste when, it’s actually just part of the process.

To keep clients updated with work in progress, Clements shows them both the animated viewport (left) and a rendered still (right). This way they can comment on how everything moves, and how the shots look lit and textured, before the full sequence is rendered.

MM: Talk about that scene where one watch ripples out into a lineup of colorful watches.

PC: I really like to work on things that allow a lot of creative control, and this was one of those projects. For that scene, I wanted the strap to have a really graceful movement, so I ended up using a dynamic joint chain to deform the strap. As usual, I did many iterations until the motion was just right, and I then baked it down to a point level animation, which is simply just a moving mesh. That could then be put into a cloner and time offset, using a step effector.

I’m a huge fan of baking things down to PLA. Your workstation no longer has to do the dynamics calculations, so it can lighten a heavy scene significantly. You can also add time tracks to PLA, which allows you to time remap the movement and that can look really awesome.

I made the strap colors using a step effector to give each clone an incremental greyscale display color. Then I put the display color into a ramp within the Arnold Shader to remap the grey to colors, giving me full control over their appearance.

The integration of C4D and renderers like Arnold allows artists to use high-end rendering for motion graphics in ways that previously weren’t possible.

PC: I am currently working on a stereoscopic title sequence for a major Hollywood film. It will be hitting the big screen later this year, which is exciting. One thing’s for sure, I am always grateful to be able to work on a variety of jobs with different people from all over the world.

There is never a dull moment, and you never really know what challenges are waiting just around the corner. 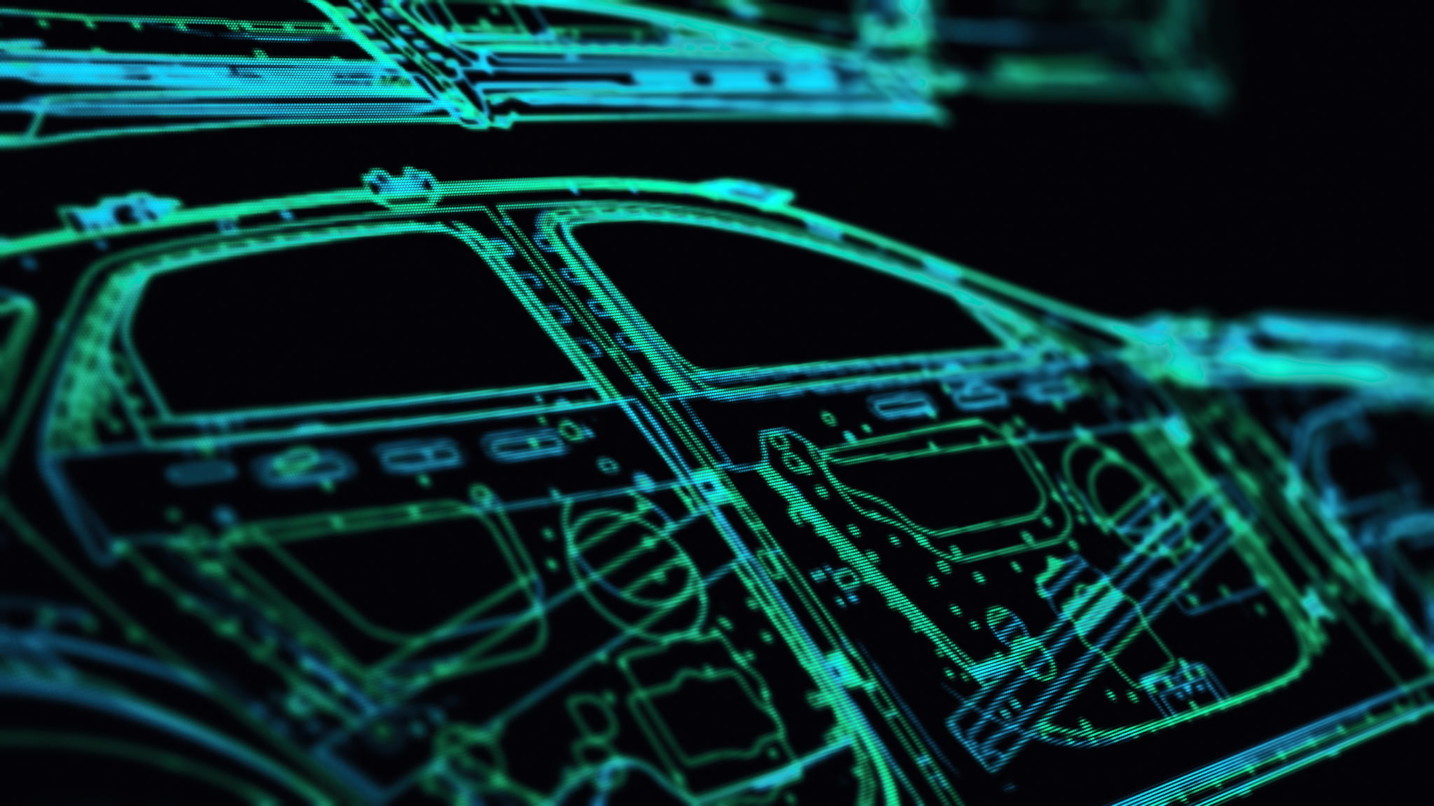 Learn All About Arnold