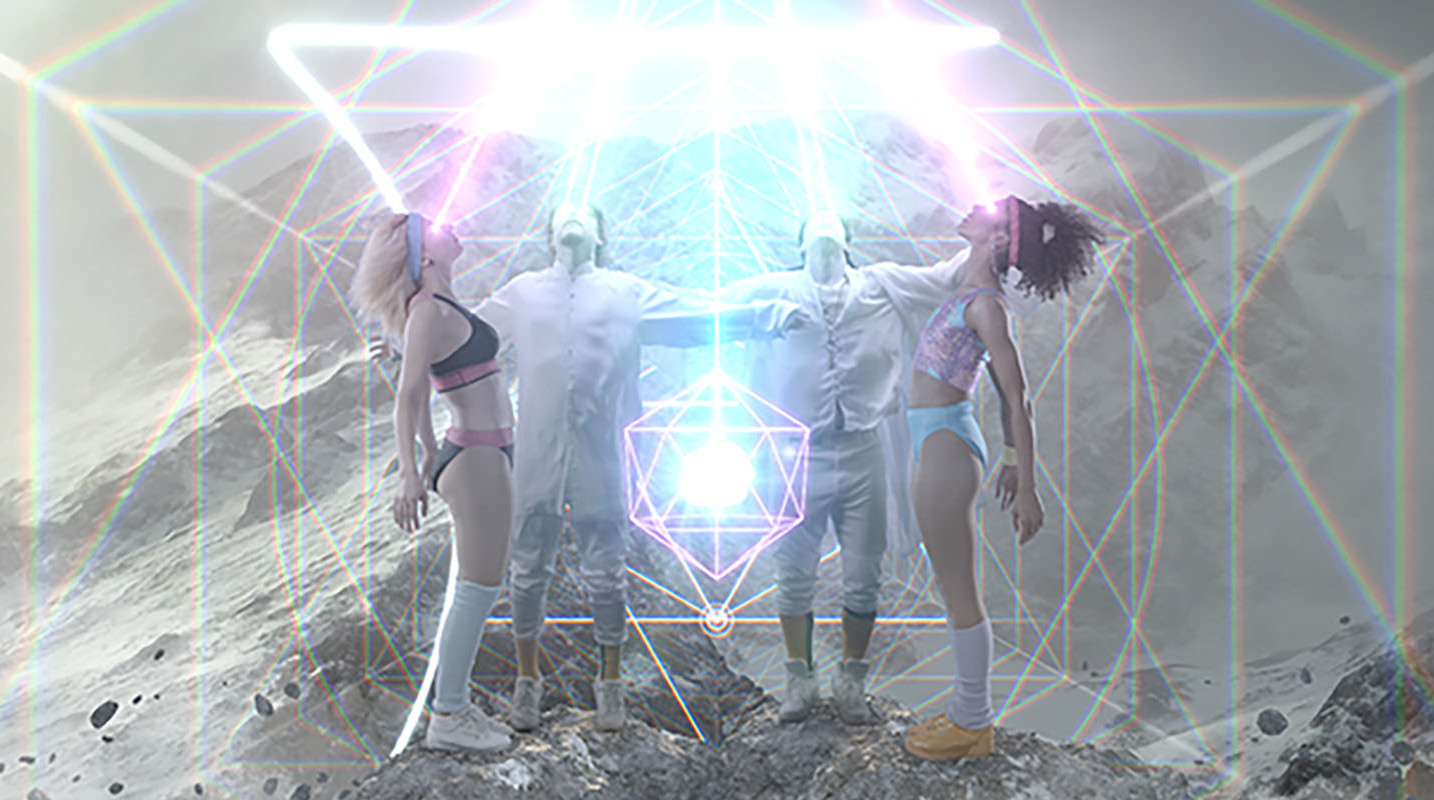 Mike Diva (Dahlquist), of the LA-based production company, Lord Danger, teamed up with Lonely Island’s Akiva Schaffer to co-direct the special. Diva also assembled and led Lord Danger’s team of global freelancers who worked on the show from concepting to completion over four months using a combination of Cinema 4D, After Effects, Blender, and Nuke.

A musician and VFX artist, Diva’s career began on YouTube. Millions of people follow his cross-platform work, and he became a sought-after director after co-writing and directing the unsettling Halo Top commercial “Eat the Ice Cream,” which AdWeek named among their Top-10 Ads of 2017.

I asked Diva, and freelance contributors Ethan Chancer, Nick DenBoer, and Josh Johnson to talk about Lord Danger’s work on The Unauthorized Bash Brothers Experience, which features seven distinctly different music videos sung primarily by Samberg and Schaefer. Here’s what they had to say.

Mike Diva: Lord Danger is kind of an all-in-one shop, and we specialize in doing stuff that’s a little weird. Josh Shadid, our executive producer, founded the company a few years ago. I do a lot of our music videos and commercials, and we’re dipping our toes into the feature realm as well.

My YouTube work is part of the reason for that. When I started there, I was uploading weird little videos that went viral, and I was able to move on to more commercial work because people liked my style. I kind of pride myself on making stuff that will capture the internet’s attention in one way or another.

After struggling to make the baseball stadium in “Jose and Mark” look cool, Lord Danger brought in artist FMK7 (Vincent Viriot) to design the field in Cinema 4D.

MM: Has Lord Danger worked with The Lonely Island before?

MD: No, but I have. I’ve been a Lonely Island fan for over a decade, and they’re part of the reason I’m so into comedy. I had a meeting with a producer a while ago who told Akiva about me. I didn’t think much would come of it, but then Akiva hit me up to direct some visuals for their live show. They really liked what I did, so they brought me on to co-direct Bash Brothers and this was a very different project for me. I’m used to having three weeks to do a music video, but we had one month for post on seven music videos. It was definitely the hardest thing I’ve ever done.

MM: How did the process go?

MD: They pretty much dumped all of the songs in my lap and I had a couple of months to come up with styles and treatments for each video. They were super down for everything and we went forward from there.

We shot the majority of the content in four days and had one pickup day in Griffith Park where we shot Andy and Akiva wandering around looking confused. It was funny because I’d be like, ‘Okay, we need a shot of you guys in blindfolds and we’ll figure out where that goes later.’ Those guys are comedic geniuses, but they gave me a lot more creative say than I thought I would have.

FMK7 used C4D to design the mall in “Jose and Mark” before handing it off to Ethan Chancer for camera placement, compositing and lighting.

MM: Ethan, talk about your role.

Ethan Chancer: I’m a freelance director and VFX artist, and Mike and I work together quite frequently. I was really kind of a generalist on this project. I did a lot of 3D modeling, compositing, rendering, lighting, rotoscoping, and camera movement. Whatever was needed, I did. The music videos had different workflows, and some of them I helped with and some I was fully in charge of.

MD: Ethan made this really great short film, Amara, when he was teaching himself to use Cinema 4D. It’s really cool, so when we needed artsy shots for some of the special’s interstitial moments, Ethan said we could use some from his short film. We also did some new shots where we took the actress out and replaced her with Andy Samberg doing the same stuff. We all got a kick out of throwing Andy into that beautiful environment, and it worked really well.

EC: I also worked with Mike on a fun scene where Andy’s in a room with a bunch of carboard cutouts of Kathy Ireland. We got the Shutterstock shot of her and I extruded it with a vector spline and projected it on there, using Cinema and Octane. I rebuilt that set in 3D so the light would match the live footage, and I tracked everything in C4D. The only thing real in the shot is Andy. This was more difficult than usual because the lens was so wide.

Of course ‘80s baseball stars dream of having a room filled with Kathy Ireland cutouts.

MM: Josh, what parts of this did you work on?

Josh Johnson: I worked on the intro, “Oakland Nights” and “IHOP Parking Lot”. Officially, I was credited as lead compositor, but I also did a lot of 3D work and some tracking.

Essentially, I was a generalist, which is often my role on projects I work on. For the “IHOP Parking Lot” sequence I handled the shots where a car needed to fly and land. The Back to the Future-like landing shot was complex. I had to make a CG car that looked like the real car in the shot that follows.

Simulations and photoreal cars are not normally things you would greenlight knowing you only had a matter of days to work. But this project was so exciting, everyone on it just wanted to do their best. I started by camera projecting the shot.

Smoke simulation for the car landing shot was made in Turbulence FD inside C4D.

JJ: We bought a model online because of our budget and time constraints. I modified it to match the real car as best as possible. I also used Greyscalegorilla’s Everday Material Collection plus I built a car paint material that looked realistically like the real car that was shot.

This was the third time I’ve worked with Mike and Ethan and it was great. It helps that we’re all night owls. I work out of St. Louis, Missouri, so it was important to communicate a lot on Slack and Skype. I think the key to working remotely is communication and kindness.

Nick DenBoer: I did some compositing and animation on a couple of sequences in “Bikini Babe Workout.” One of them was a bunch of floating rocks where you see the four of them standing together in a formation that somehow creates a four-parent-baseball baby. I also animated the baby in the floating bubble.

The team at Lord Danger provided me with a pile of assets—3D models, rotoscoped video clips, and green screen footage. With Mike’s direction, I built out the scenes, rendered various objects in Cinema 4D, and composited it all together in After Effects.

Artist Nick DenBoer used C4D, After Effects and Octane Render for these scenes in which some kind of four-parent baseball baby is magically conceived.

MM: “Oakland Nights” stars Jenny Slate and a bunch of silk robes. Talk about that video.

MD: I can say that before this I had no idea how difficult it can be to get silk to look right. We had four different artists work on it and, finally, we found a team that got it right, Mix Collective in Mexico. But even after that, Andy and Akiva wanted changes, so I had to saturate the color to make it black and I added these bouquet crystal lens flares to try to hide the problems as much as possible

MD: We just made a video for Lil Nas X’s new single, “Panini”, which just dropped. It was another challenging feat, but I think we made something pretty cool. We’re currently in the process of getting a feature off the ground, too. 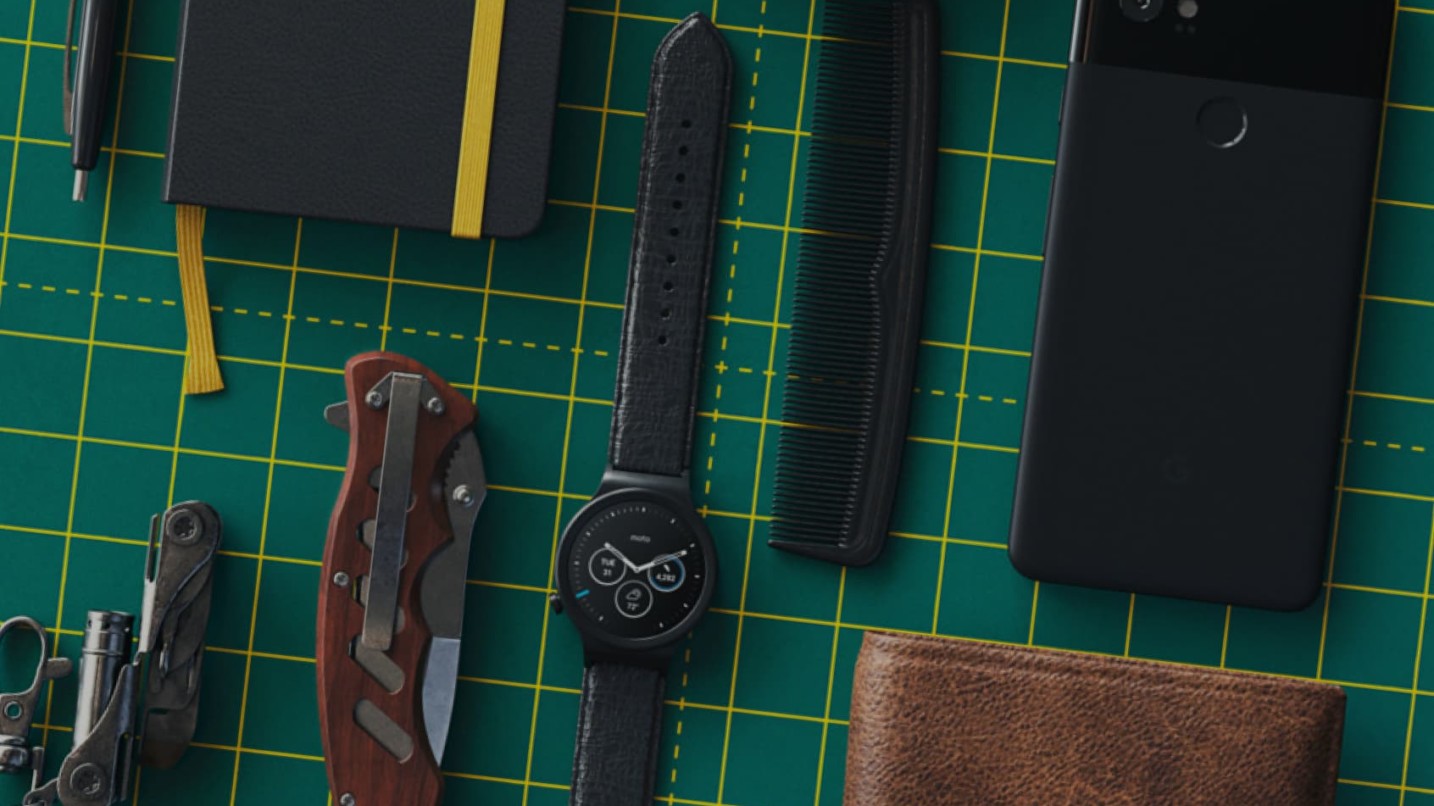 Unlock the Everyday Material Collection used in this project, and hundreds of other textures and materials with Greyscalegorilla Plus.